The History of Tribal Journeys
The resurgence of the Canoe Nations has created an incoming tide of traditional teachings.

“The Teachings of our Ancestors” is strong when our songs, stories, artwork, drumming and dancing are woven tightly together. The teachings of our ancestors are continually updated by succeeding generations and revised to reflect contemporary issues and problems. Perspective comes from the spirit and values that have been carried forward from past generations.

Tribal Journeys began in 1989, intending to coincide with the centennial celebration for Washington State. A total of nine canoes participated in the ‘Paddle to Seattle’, and in 1993, 23 canoes participated in the ‘Paddle to Bella Bella.’ Since 1993, ‘Tribal Journeys’ or ‘The Paddle’ has been held on an annual basis, with various tribes serving as the host tribe. 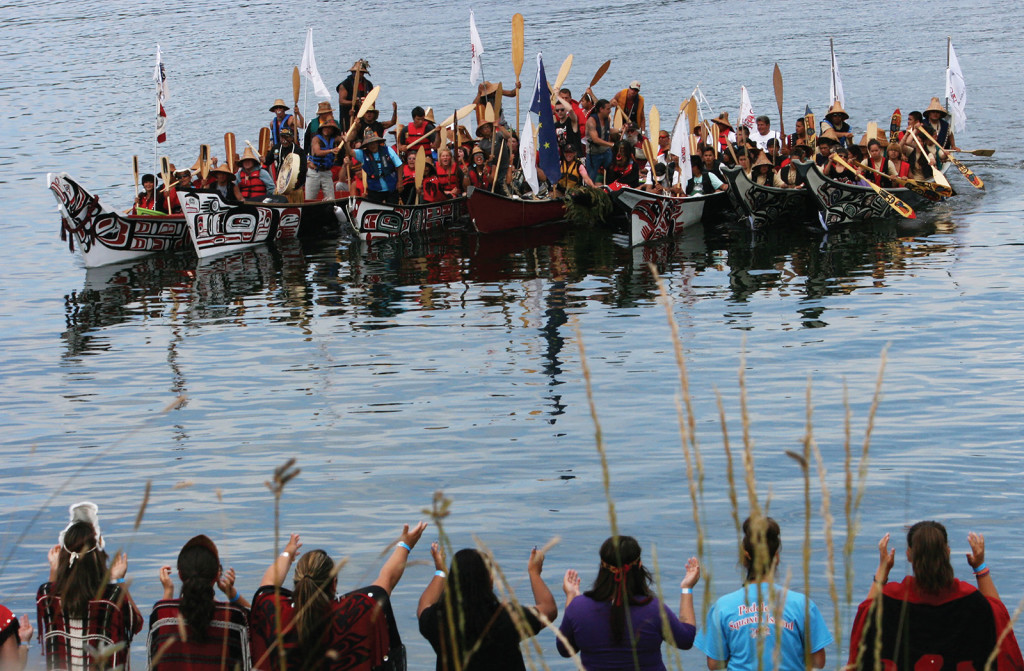